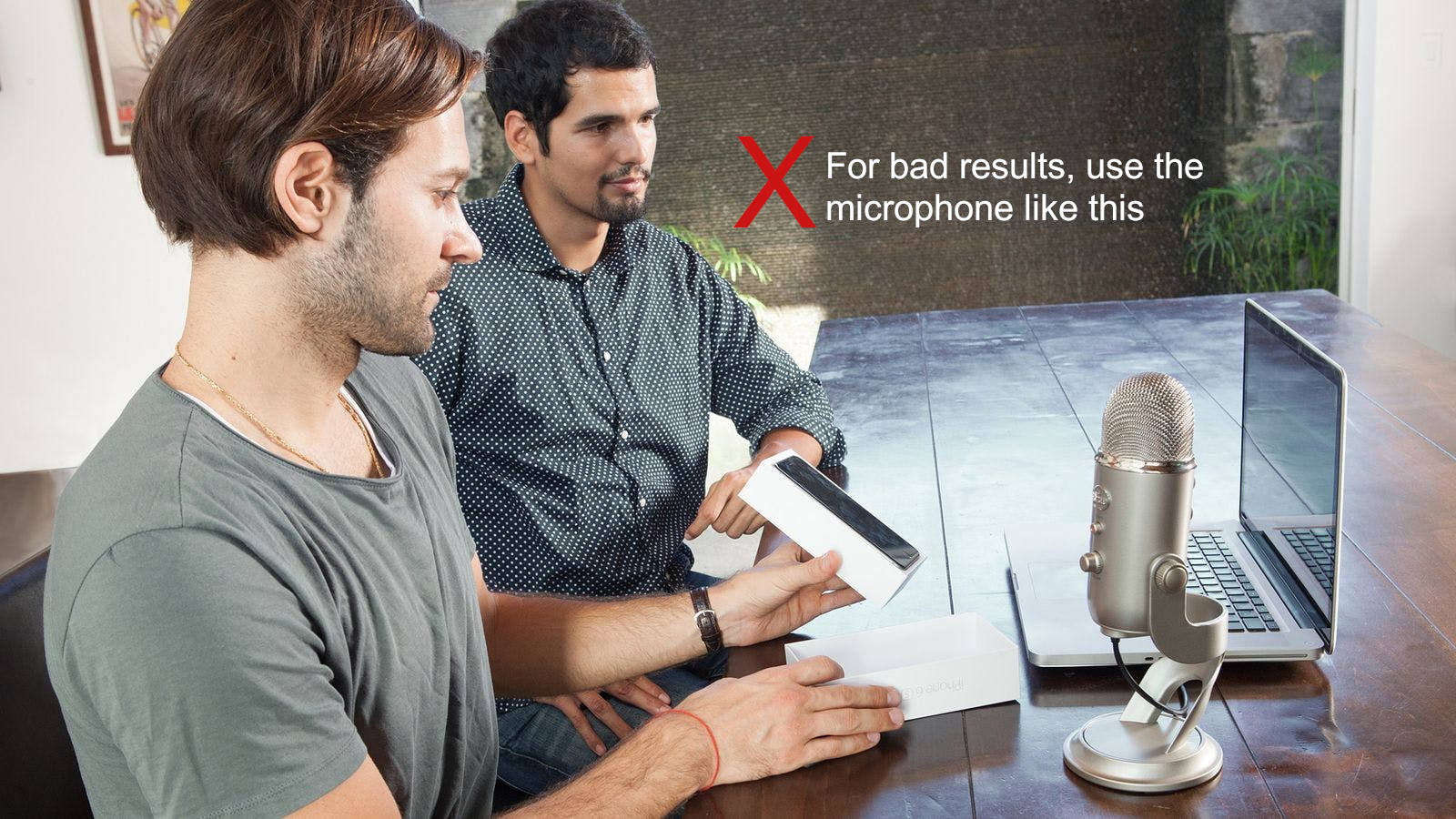 Dealing with echo in the room? Or your co-host getting picked up on your mic. Whether it’s beginner or intermediate podcasters, you’re not alone in asking these questions. Instead of writing responses on forums, I though I’d write here.

These sorts of questions aren’t always obviously connected. Here’s some that come up often, and are actually often the same problem:

Frequently the answer given by people on forums is “buy a new microphone”. The microphone is definitely important, but they’re also not magic. A new mic can be an expensive way to get similar results.

Other answers include using a noise gate or plugins; not only can these be expensive but they also impact audio quality further, and can be difficult to work with or given inferior results. Acoustic treatment is another one (that’s adding padding to the room); it’s something the pros have, expensive, not always at the root of the problem, and not always practical.

And by all means look into these if you have exhausted all other possibilities. But, in a majority of cases the solution is much, much simpler — the single, biggest impact you can have to audio quality is to get closer to the microphone.

Let’s start with the friendly pair of chaps in the illustration. Despite being a very standard type of promotional photo for anything in microphones or podcasting, this is also a disaster that will have audio engineers crying into their headphones.

Sadly, no credible professional has ever used a microphone like this with good results.

So it’s no surprise you might be having trouble, too! It’s wishful thinking, of course. I mean who wouldn’t want to use a microphone like this. It’s very simple, and out of the way. The stand is setup to work just like this. And not to mention the money saving of using one microphone between two people.

Let’s look at why it’s a problem, and how we can keep a microphone out the way whilst getting great audio quality.

When sound waves travel out of your mouth and across a room, they don’t just go in a straight line. If that was the case then we could have a conversation in private, just by speaking in the direction of someone.

Actually sound waves move in all directions — up, and down, and out to the sides — everywhere. When they do, the energy of the sound spreads out as well, to be heard all around. The result is that every time you double the distance from the microphone, and actual amount of energy of the sound doesn’t just halve; it goes down by much, much more.

Also, let’s consider where that ‘spare’ sound energy goes. Some of it bounces around the room, eventually making its way back into the microphone again. There’s not much we can do about that. But remember how the sound energy we’re actually interested in has been weakened so much more, it’s now fighting to be heard above the unwanted sound of the ever-present echoes and background noise.

What is the correct distance to be from the microphone?

A good start is by placing your fist between your mouth and the microphone. Don’t be afraid to back away from the microphone if you want to shout or laugh-out-loud; that’s what we call microphone technique.

Practical ways to get closer to the microphone

Don’t spend any money to start with, just do some low-cost things using things you might have around the house. A stack of books will lift the microphone up to mouth height. Bring it closer to the edge of the table; use a more upright chair if that gets you closer. But once you’ve confirmed that it does help make your podcast sound great, you’ll be looking for a more permanant solution.

We’ll want to bring the microphone closer with a mic stand of some sort. Modern manufacturing and the widespread use of these means they needn’t break the bank:

Both of these can be found in variations that either clamp to the desk, or screw fix for a more permanent use.

A desk stand is an alternative you may see. I’d recommend against these; they often don’t bring the microphone close enough to you and, worse, they take up valuable space right in front of you which is best for notes etc.. Remember, you don’t want to be touching or hitting the microphone stand when you’re recording; that’s a sure way to ruin your Cleanfeed session.

Though I prefer anglepoise, you can’t beat the simplicity of a gooseneck stand for home use, and a compact un-cluttered look.

Being too far from the mic is probably the most common impact to audio quality. Getting close to the mic improves quality for Cleanfeed recordings and interviews and our free account will make you sound like a pro, too!