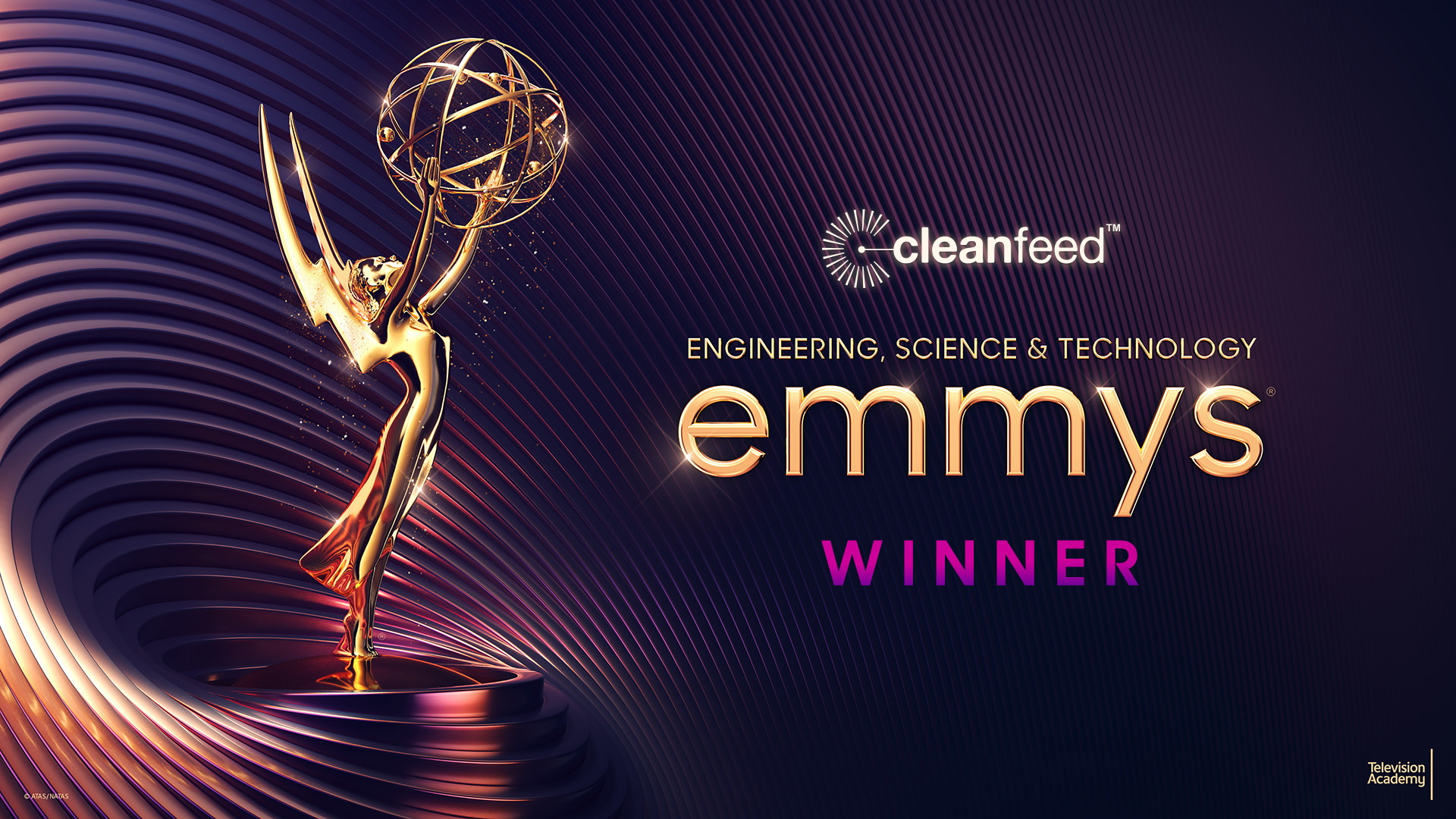 Well, this is nice. We’ve been awarded an Emmy® for our work in film and television.

You may know already that Cleanfeed is quite a broad church. We have professional audio producers in a wide range of disciplines using Cleanfeed. Whether that’s the more traditional ones of radio, journalism and podcast interviews, or the innovation coming from fields like audio drama.

One that’s close to my own heart is the film and television industries. After spending many years working in post-production at the high end, it’s been really great to see things come full circle with Cleanfeed used to create the audio track to some of the major film and television releases. Television in particular is a field I think has never been more exciting, with long-form television series able to tell stories in so much depth.

So to say I’m proud of this recognition at the highest level in the field is an understatement!

What comes next? Well, a rest from assembling press releases and publicity for starters! And a trip to Los Angeles is on the cards. I probably need a new suit as well. But the software doesn’t stop here. We already have features for film and television production which are in testing by some of the major production houses and, as always, newer developments and code in the pipeline.

This is also a good time to recognise the input of others outside of the team here. Like many pieces of technology, we stand on the shoulders of giants. Whilst some rather special pieces of our technology are developed in-house, we also make use of and build on (and contribute to) open source and other technology. In particular, the developers of the WebRTC implementations in the browsers, Hongchan Choi and the developers of the WebAudio subsystem for Chromium, and of course Jean-Marc Valin and the other contributors to the venerable Opus Codec and its predecessors, which has shaped so much of my interest in the past two decades. We may have won an Emmy (and, my, does that feel weird to say out loud) but your contributions did not go un-noticed.