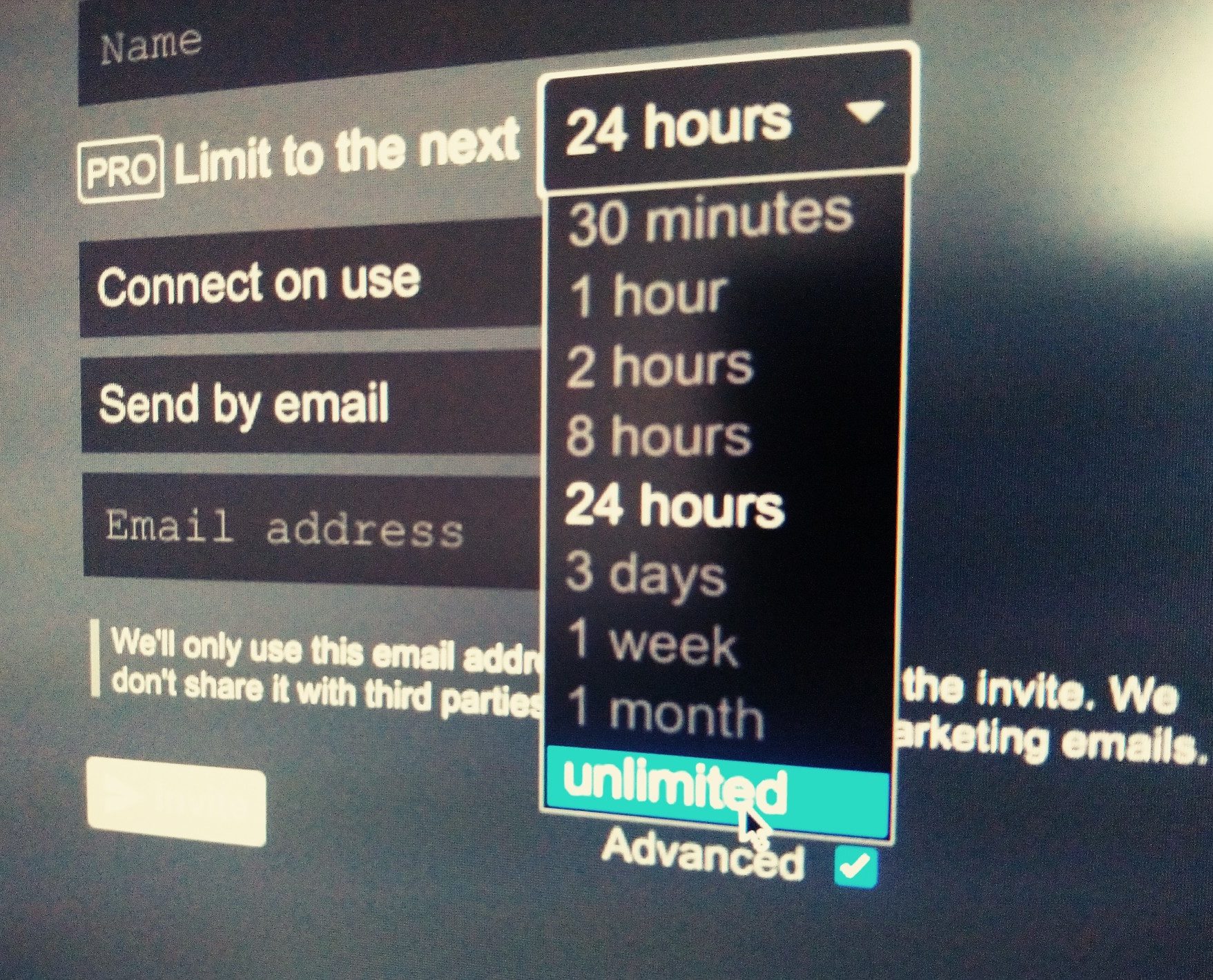 We’re changing “connect” links to be 24 hours by default. If you’re a user of “unlimited” invites (perhaps a broadcaster or studio engineer) read on.

Cleanfeed started out as a technology project in radio. Hard to believe that was well over 5 years ago. One of the innovations we introduced in the new age of realtime internet communication was so simple on the outset: the “connect” button sent by email.

It’s something we take for granted now; it’s become the norm across many web services, and perhaps widely imitated! But cast your mind back and you might have forgotten how normal it was to be asked to install an app and “sign up” first.

Today, use of Cleanfeed has evolved. In-built recording means podcasting, interviews and journalism are now a major part of what you’re doing on Cleanfeed and, with that, some of the original designs make less sense. We’ve the same concerns as you about privacy. The proliferation of time “unlimited” invitations feels a little like leaving a parked car in gear, ready for some unsuspecting person later.

Today we’re going to start some making some changes; first by changing the default to “24 hours” for connect links.

We didn’t want to pull the rug from under you, so time “unlimited” invites will continue to be available to everyone for the next few weeks. Just select from the “Advanced” dropdown on the invite screen — now might be a good time to explore “Advanced” invitations if you didn’t already.

But if you’re one of the small percentage of people who need that feature, “unlimited” will become Cleanfeed Pro only and so now might be a good time to consider a subscription.

And, in case you’re wondering, we’ve already begun the process of retiring old, unused “unlimited” invites that are in the wild; cases where it clearly wasn’t intended or needed. You won’t have to do anything and can focus on making great audio!

All of this comes at a time when we’re looking at how we “connect” in Cleanfeed. A link to the studio? A bespoke link for each guest? A “meeting” link? We’d love to know your thoughts; they really do shape what we do. What are you creating and what would work well for you? feedback@cleanfeed.net