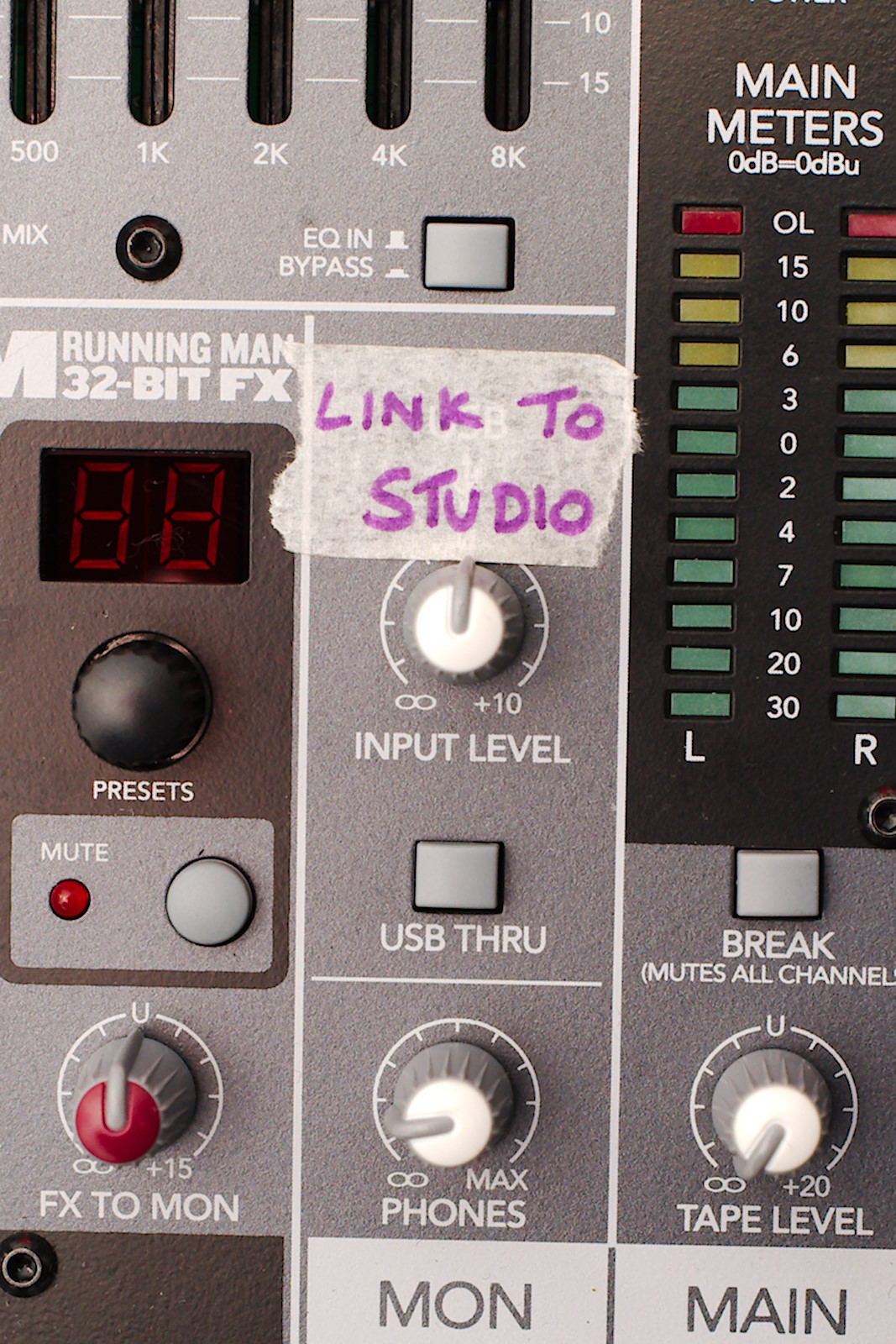 Getting a two-way remote studio link can be a hard work, with the inevitable tangle of ‘mix minus’ setups. Thankfully, help is often at hand in the form of a USB mixer; as well as being simple it keeps your setup getting most done with least equipment.

Let’s say you want to bridge your remote setup with a studio. What we mean is so that both sides can hear each other and contribute to the final programme. It’s perfect for doing a live broadcast from eg. a local venue like a cafe, where there is an audience but where there’s still music or a host coming from the local studio.

It’s tricky, because sending the mixer output via Cleanfeed will include the audio coming from the other party. You’re echoing the audio back to them, with a horrible delay! That’s why we need a “mix-minus” — so called because a mix of everything you can hear, but minus the other party.

There’s lots of excellent tutorials online on how to get a mix minus using, for example, an Aux bus on a mixer. A quick search will find these on YouTube. But this can be tricky and error-prone to setup, as well as using a valuable Aux that you might need for a local band.

Thankfully help is at hand in the form of a USB on a regular mixer or, in old-school terminology, a ‘tape loop’ implemented in USB on even today’s basic mixers.

This is special because, unlike the rest of the channels on the desk, the USB can’t record itself — it’s an already-setup mix-minus. You don’t need a fancy multichannel USB either, a mixer with a simple stereo in/out will usually suffice.

That makes it perfect for Cleanfeed. Just plug in a USB and assign that device to Cleanfeed for both playback and recording (Cleanfeed uses the audio settings from the browser or operating system) In the picture you can see our Mackie that’s several years old. It has an optional ‘USB Thru’ which toggles the USB from being a mix-minus, and not. Your mileage may vary, but the best way to see what’s happening is to check Cleanfeed’s visual meters to see if you’re re-transmitting the audio that you’re receiving, or not.

Many thanks to our friends at Radio Lollipop for this tip. They just celebrated their 10th birthday of operating at London’s Great Ormond Street Hospital with a live broadcast of 5 artists live on the radio, using Cleanfeed of course. “Just one mixer, a laptop and wifi did everything without a glitch!” said the volunteer engineering team. Lovely stuff!