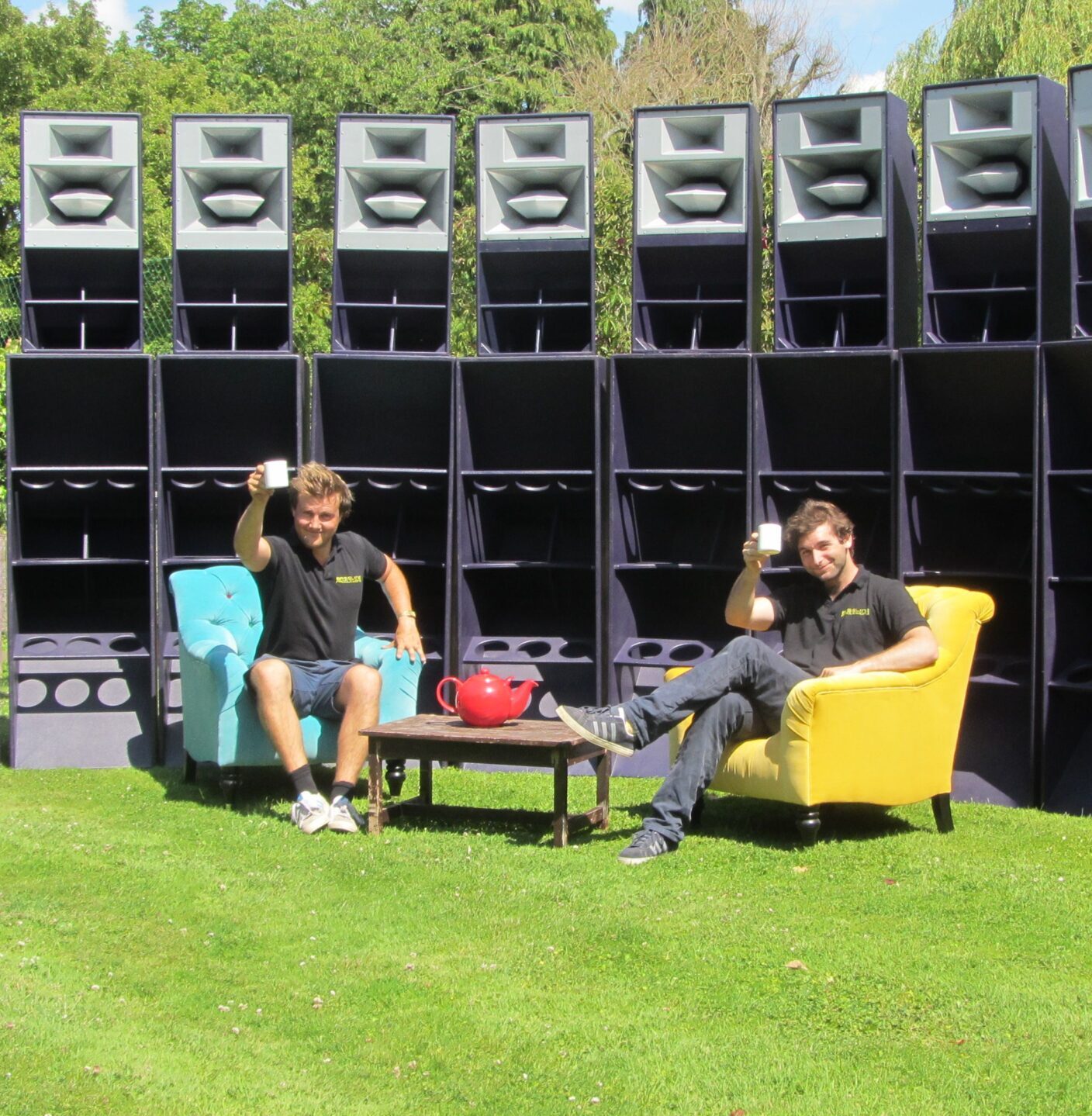 What’s all this fuss about headphones for remote interviews? For true studio quality, Cleanfeed tells you to stop using loudspeakers and use headphones. Other software might tell you to do the same as well. Here’s an explanation of what’s going on and why a pair of wired headphones is a must for quality remote interviews.

When a guest joins Cleanfeed there’s a simple message on screen:

As always with Cleanfeed, we do our best at every step to guide you to getting the best results. Even where there are settings and options, providing a good choice out-of-the-box is equally as important, whether you are a beginner, or a professional engineer who’s working under pressure.

At the root of this is the difference between using headphones and loudspeakers. From our knowledgebase:

What’s that echo sound I can hear?

It’s the sound of the other person’s speakers.

Cleanfeed exists to connect pristine quality audio from one place to another. When the audio is pristine, you can hear all the details, just like this.

That’s right. When audio quality is studio quality, you’ll hear everything that’s within reach of the remote microphone. That includes the old classics like barking dogs, the sound of the refrigerator, shuffling papers etc..

So if we put a loudspeaker in your guest’s room then it means you’d also hear that on their microphone. The loudspeaker could be stand-alone, or the one built into their laptop or mobile phone. That loudspeaker is chirping away with the miniature sound of the other person on the call.

The same doesn’t happen with headphones. If you’re wearing headphones with me in the room, I don’t hear their output and neither would a microphone (unless you have the headphones REALLY LOUD of course, which makes them very much like loudspeakers but with hugh downsides for your health.)

So why are you able to use eg. Zoom without headphones? What’s going on there to make that possible? And furthermore if Zoom can do it, why doesn’t Cleanfeed just do that? Or indeed anyone in a recording studio, anywhere.

That’s where it’s useful to understand the extent, and limits, of software algorithms.

A software algorithm can be used to silence the “echo” sound of a loudspeaker in some remote audio, by hunting down a sound which matches the sound of the other guest. These algorithms are broadly known as “echo cancellation”, and you’ll find them in mobile phones, conferencing software and even those old “spider” conference phones found in meeting rooms. If you’ve ever heard a squelchy sound on a conference call then you’ve been hit by one of these algorithms.

So why the squelch? Because it’s actually a tricky task to do. Sometimes at Cleanfeed we joke that cleaning up recordings can be like “un-baking a cake” — this is one of those cases.

An algorithm can silence the sound of the person’s speakers in the incoming audio, but sometimes it gets mixed up. Sometimes the sound of the loudspeaker gets past the algorithm; sometimes it accidentally silences the guest. Sometimes it hedges its bet on both and just muffles the sound or removes the high/low frequencies. All make for a terrible experience. Not only is the audio quality usually compromised 100% of the time the algorithm is in place, but any disruption in the algorithm has two additional effects. The obvious one is a bad sound to the recording, but the one that audio engineers often forget is that it completely destroys the rapport between a host and a guest.

As an additional setback, these algorithms need to “look ahead” in the audio to check what’s coming up in order to make good decisions. Obviously it’s not possible to predict the future, so they add a little extra latency (sometimes called a delay, or lag) to let them do their work. The symptom if this is the pause… before a guest… answers a question. Or the clumsy conversations where you’re tripping over each other. We care a lot about latency and you should too, because we don’t like this.

Using headphones isn’t just specific to Cleanfeed. It has the advantage even with Zoom or some other conferencing software of giving the algorithm much less of a workout. The benefits happen when all the parties on a call do this. So if you haven’t tried headphones with Zoom then give it a go.

But Cleanfeed is focused on quality audio, so with the headphones in place we can use a different set of professional audio algorithms and methods to keep audio clean and low latency.

Your guest has some headphones. That fancy pair of Apple ear pods, right? Maybe not.

Certainly these are better than nothing. But it’s yet another thing that’s going to impact your conversation. The “audio quality” will be good in the recording (assuming you followed all the rest of the guidance) but this can easily lead the novice podcaster to believing that this is the best results possible. But the conversation is still compromised in a more ‘stealth’ way, with less flow and rapport with the guest.

That’s because wireless headphones like bluetooth can add considerable latency, our old enemy again. Confusingly, they add more latency in “high quality” audio mode, as these favour bandwidth over latencies and are designed for listening to a podcast or music.

So, use a pair of wired headphones. It doesn’t matter if this is USB wired, or traditional “jack” plug; either of these will keep latencies low.

So there you have it. These tips apply whether you’re using Cleanfeed, or some other remote collaboration tool like Zoom. Pair up your shiny new microphone with a simple pair of wired headphones, and this is a great way to achieve fantastic results, even with our no-cost Cleanfeed offering.