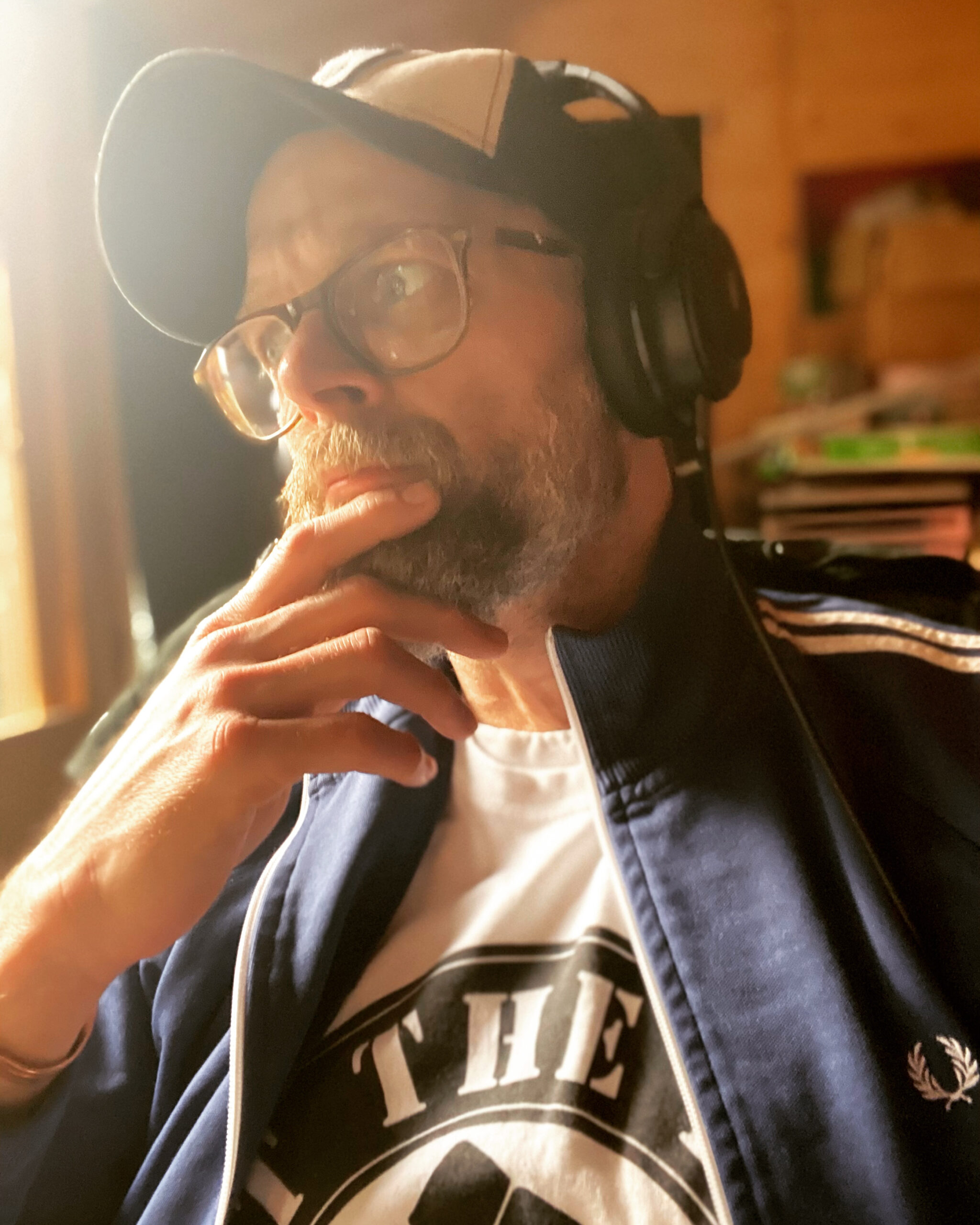 An inspirational self discovery that took one man working in the motor trade, to producing compelling podcasts and making waves in radio. I caught up with Jeremy Chapman from YourVoiceHere, who in course of two years has totally transformed what he works on and the way he works, with the help of Cleanfeed.

Who are you and what’s your background?

Hi, I’m Jeremy [Chapman] and for over twenty years I had been in the motor trade. I undertook various roles, but mainly it was as a car salesman and training people. It was actually my father’s business and we had a handful of showrooms in the area here in the UK.

The motor trade felt like the most secure and comfortable way forward at the time. A little bit like a conveyor belt of life, continuing the business and following in my families footsteps just felt like it was the right thing to do.

Though a few years ago I decided it was enough. I had to step away from the business, as it felt I wasn’t learning a whole lot. My first step was to do my own thing, so I continued in the auto trade as a car broker for a little while. It was remote working at the time, hooking up people with the right car.

Though this never felt like it was the clean start I needed. I took on something completely different, I went to work for a children’s charity.

Then the pandemic hit and I still sort of felt like a square peg in a round hole, things went a bit upside down!

How did you get into audio?

I was always dabbling with audio since I was young. I had a love for sound editing and production, but I didn’t know it yet.

My parents gave me a Dictaphone when I was younger. I used to hear something on TV and record an impersonation. The aim wasn’t to hear how I sounded, but it was to see how well I could impersonate the thing I saw on the TV. That was great fun!

Then in my teens I discovered a love for putting samples together. We had a Commodore Amiga computer at home and I used a piece of software called ProTracker which could produce music from samples. It was nothing serious, but I do remember how cool it was to put these things together.

Fast forward to recent years and at the start of the pandemic, after leaving the children’s charity, I started putting satirical piece of audio together. These were based on observations from the town I live in. Mock news and silly things. I used to send these to my friends to listen to, and it was a good laugh. You could say this was my first stab at something serious getting into audio. One friend even suggested that I get into radio and I thought maybe I should give that a go… so I did!

A community station opened up, Tring Radio, and it felt like a good opportunity to put myself forward to do a show. As it was the pandemic I knew there wouldn’t be an obligation to go to the station, so I managed to get started from the comfort of my own shed!

Getting into radio really helped me learn more about production and what it takes to produce a show. Those little snippets that make a show fun, you know?

It turned out that all my dabbling when I was younger, was unearthed as soon as I started doing radio. All those techniques starting to make a comeback. I always knew how to do it, I just needed to show it. That’s what doing my radio show helped with. It came naturally to me. One example of that was when I first started, I needed to extend the intro of a song. I’d initially asked someone else to do it and it was awful. I had a go myself and nailed it first time!

For the next six months, magic happened from my studio shed.

So how did Cleanfeed get into your workflow?

The requirement to do interviews is what drove me to find Cleanfeed. I’d started out with another piece of software, but it sounded terrible! I couldn’t get away with putting on sub-par audio out on radio. I had some awesome guests lined up and I wanted to make sure that my listeners really got the best experience. That’s when I discovered Cleanfeed, I started out using the free version.

Because of Cleanfeed, it was possible to do interviews with guests from around the world. I even started sending some spare mics to guests. It was fantastic!

Explain about your transition from radio to podcasting?

My time at the radio station came to an end and a few of us all left together, in fact. We thought it would be a good idea to start a podcast, because we really enjoyed working together. That’s how the podcast 4 Calling Birds started.

It was around this time that I upgraded to Cleanfeed Pro, which gave me the one tool which I found invaluable, multitrack recording. As you can imagine, having four people on the line all talking together would have been impossible to edit on one track. Especially, as I recall it, the first episode we ever did we were all fairly nervous, so people were talking over each other. So having those individual tracks of every guest meant I was able to edit effortlessly. My sanity was definitely worth more to me than the monthly fee, so it was a no brainier. It made life a hell of a lot easier.

Through my journey producing the podcast, it helped verify my skills as a podcast editor. That’s when things escalated and took off. I had inquiries from the 4 Calling Birds podcast, of people who wanted to start their own podcast. They loved the way my podcast sounded and wanted to start one of their own, with my help of course.

Give a bit of insight into your setup?

It’s a very modest setup and it works well for me. Though it didn’t start off that way, after what I’d read in magazines. I always used to be a microphone snob, though getting the setup right was fiddly. In the end I simplified, and you’ll be surprised at how little you need to start a podcast production company.

I use a regular USB microphone with some headphones into my laptop. By not having to invest in too much, it means your life is also a lot easier with the guest. Cleanfeed also gives me the confidence to hear clearly in order to make sure my guest sounds just right before I hit record. All my guest has to do is effectively “turn up and talk”.

Finally, editing takes place in Audacity on my trusty desktop PC. At first it was a bit overwhelming because of all the buttons, but now it’s just brilliant. A good bit of kit.

What’s your plans for the future?

Well I found out a short while ago that I got through to the top 5 of a global radio competition, in fact I finished 4th! It was a competition of over 500 people. I didn’t even think I’d get through to the top 25, so I’m absolutely stoked about it. My initial entry to introduce myself was so casual, it almost felt that I entered as a bit of a joke. Then I heard back from them in June that I was through to the top 25. Someone must be pulling my leg here, I thought?

Podcast producing and editing is my main thing. YourVoiceHere can still work hand-in-hand with any future prospect of a radio job, which is great. I’m also looking at bringing on another editor to help me balance out the work, so I’m incredibly excited by what the future holds. Podcast editing is a simple, sustainable and viable business to operate and grow, which really excites me.

With radio presenting, of course I’d love to pursue that. And perhaps, start my own radio station soon. I’m in discussion with our local Councillor about engaging the youth of our town. Starting a community broadcasting service directly catered to kids having a go on the radio, I can’t wait!